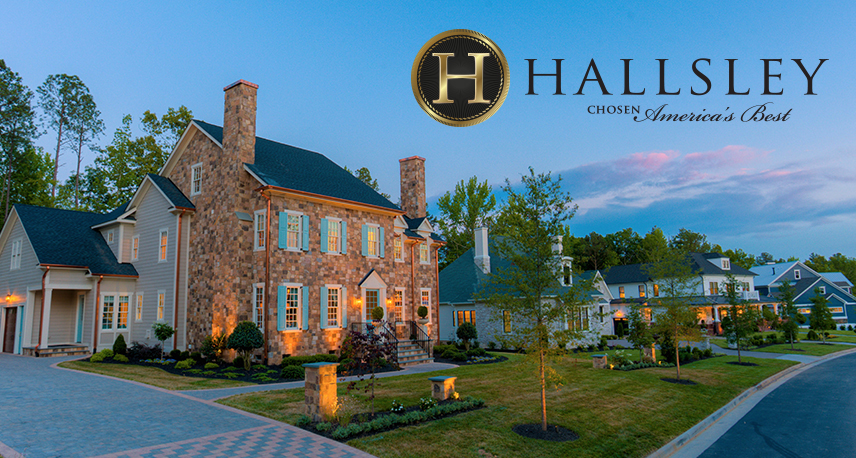 Why does Midlothian, Virginia, a place almost no one has heard of, get so much attention from national real estate associations?
Every year the National Association of Homebuilders and the Urban Land Institute both assemble panels of expert judges and select new planned housing developments somewhere in the United States that they judge to be the best. The criteria includes diversity of housing, sales success, environmental sensitivity, infrastructure, and more.

Here’s the big surprise. The city with the most “Best Planned” communities is not Atlanta or Las Vegas or San Diego. It is Midlothian, Virginia – a suburb of Richmond with a population of around 60,000. How can that be? Over the past 40 years, these
two respected national associations have named three (3) different Midlothian communities the winners. The same company developed them all but they are all different. No other developer in the country has won three such awards. And certainly no other 6.8 square mile area contains three winning communities.

The latest winner is Hallsley, a development that failed during the housing recession but was taken over by East West Communities in 2013. Today it is not only the best selling community in the Richmond metro but the average sales price is nearly 75% higher than the second place finisher and double the average sales price in the market. A luxury community that outsells, lower priced mass produced competitors is a marketing miracle. It also caught the eye of the judges and won the “Best Master Planned Community in America for 2016” award from the National Association of Homebuilders. (The 2017 winner has not been selected.) East West Communities is not a cookie cutter developer. From the mid-70s to the mid- 80s they built a golf course community called Brandermill just down the road from today’s Hallsley and the National Association of Homebuilders/Better Homes and Garden selected it the best community in the country for 1977. In the early 80s they started another community down the road a few miles and built a waterfront community called Woodlake – same result, the Urban Land Institute’s ‘Best in America’ award for 1990.

These exceptional communities, in such an unlikely place, track the country’s luxury suburban home buying preferences. First the golf course dominated neighborhood, then the casual resort-like lakefront community, and finally a more traditional
community with a range of classic architecture and imaginative family oriented amenities like a playhouse village, a fishing pond, and a park for the residents’ pet dogs. The changing preferences of buyers and the ability of East West to anticipate those changes is an interesting story (in the 80s they opted not to build a golf course in Woodlake when research showed it well down the list of desirable amenities). All in a place that has little to distinguish it from thousands of others communities around the country other than the attention it gets from national organizations.