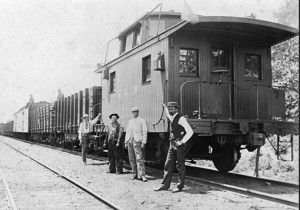 Past meets present at Hallsley, a peaceful and architecturally diverse community in the midst of Midlothian, Virginia. Located in the northwestern part of Chesterfield County, a few miles west of Richmond, it is home to a rich history including being the birthplace of Governor Patrick Henry, Confederate Major-General Edwary Johnson, and Major General Henry Heth. In 1831, The Midlothian to Manchester Railroad was the first in Virginia.

On U.S. Rt. 60 in the Village of Midlothian are several landmarks: the c.1870 Jewett-Bass brick store and early post office, the 19th century Jacob Baach. The rebuilt eighteenth/nineteenth century Wooldridge family home, surrounded by ancient sycamores, that currently serves as a restaurant in the center of Sycamore Square Shopping Center.

Scattered throughout the Village are remnants of the Midolothian area mines — old homes, taverns, and buildings connected with French Huguenots, who were among the first European settlers in the Midlothian area.  Coal was first discovered in Chesterfield during the early 1700’s near Manakin Town, a French Huguenot settlement. Eventually, mine workers settled in the vicinity of Midlothian, responding to the opportunity for employment in Chesterfield County’s coal pits.

One of Midlothian’s historical marker’s states that Midlothian is the site of the first coal mines in the United States.

The Chesterfield Railroad Company was established to transport coal into the city of Richmond.  The 13-mile mule-and-gravity powered rail line was operational by 1831, constituting the second commercial railroad to be built in America.