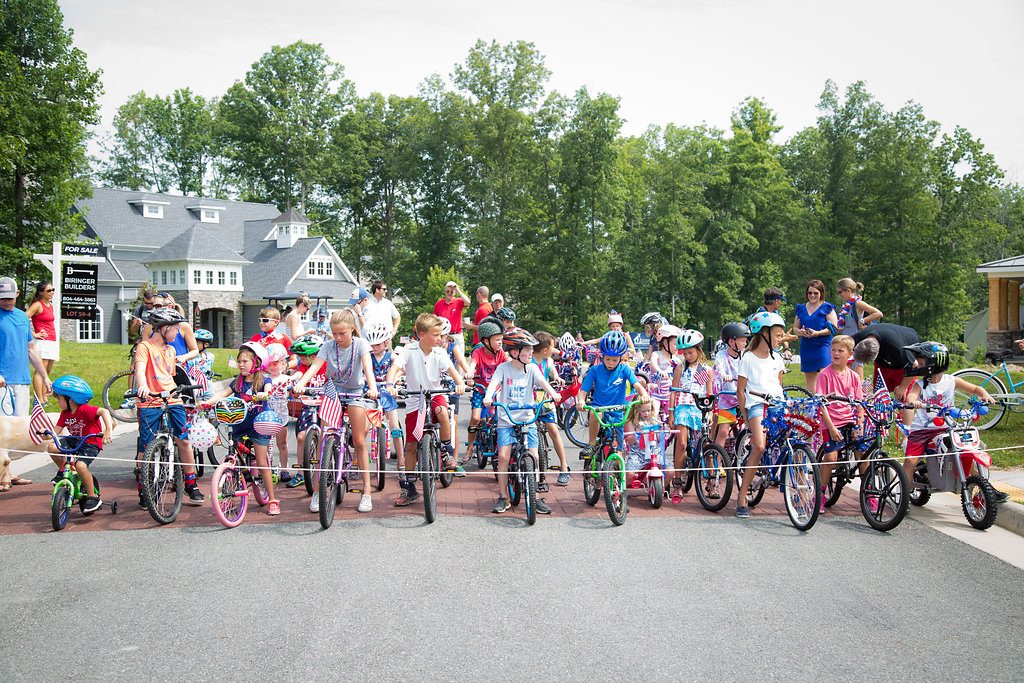 The Fourth of July is about celebrating America’s birthday. Unlike many communities, Hallsley has a tradition of kick starting the holiday their own special way – The July 4th Parade of Wheels. Every year, residents gather by Brightwalton Court to line up in their patriotic decorated bikes, golf carts, wagons, scooters and even electronic princess carriages. On top of the decorations, residents never fail to dress to impress in red, white and blue to show their spirit for their country.

The countdown for the parade started at 11:15 a.m. – three, two, one and off they went! Cycling, riding and walking down the street, residents were smiling and waving on their stroll towards the clubhouse. A crowd of red, white and blue filled the street with streamers and flags with Bruce Springsteen’s “Born in the USA” played in the background from boom boxes attached to the back of golf carts.

Once the parade of patriotic participants ended at the clubhouse, the next round of holiday festivities began with spending the rest of day at the pool. Celebrations for the Fourth of July are typically patriotic, but at Hallsley it’s the residents that make the holiday so special with their community traditions.