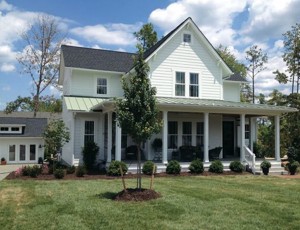 What makes a perfect suburb? We’re not talking about suspicious “Stepford Wives” perfect. No, for this list, we consulted Location, Inc., the data and analysis company and creator of the consumer reference site NeighborhoodScout. The analysts used their bank of databases to find the suburbs with the best mix of affordable housing, good schools, educated neighbors, low crime, employment, and reasonable commutes.

Andrew Schiller of NeighborhoodScout explains why these good suburbs are hard to find: “Americans have been leaving the central cities for the suburbs for years in search of more elbow room, better schools, less crime, more affordable home prices, and other amenities. But as many suburbs matured, crime followed, schools declined, and housing prices crept up. So people moved further out. The result was … that to find those good schools and family-friendly environments, a family would have to trade off with a very long commute that itself can be costly in both real dollars and time lost. And those close-in suburbs that maintained low crime and great schools with nice homes? They became so expensive that most Americans were priced out. Hardly a perfect suburb if one cannot afford to buy a home there.”

The analysts identified the 10 metropolitan areas with over 1 million people that have the lowest unemployment rates based on recent figures. They then used NeighborhoodScout’s database and search engine to uncover the perfect suburb in each area, using the most recent data available.

The winning communities range in size from under 5,000 population to over 100,000, in locales that include lakes, mountains, and coastlines. They’re situated near government, universities, and industries less affected by economic troubles. But they all share these outstanding attributes that bring together top amenities at enviable prices and close proximity to the most robust job markets in America. Click ahead to see the 10 Perfect Suburbs, counting down in order to the suburb with the lowest unemployment rate.

Suburb of: Richmond
Metro area unemployment rate: 6.8%
Median house value: $269,752
Safer from crime than this percent of all U.S. communities: 49%

Midlothian, the 13th-largest community in Virginia, has the most workers in office and administrative support, sales, and management. It has better public schools than 63% of all U.S. communities, and its public schools are better than 81% of schools in the rest of the state. A minority of Midlothian’s populace holds a four-year degree (39.7%), yet a majority are homeowners (82%). Further analysis of the suburb is provided on its Neighborhood Scout profile.