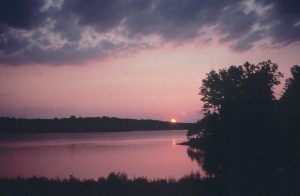 In the early days of Greater Richmond’s ever-expanding subdivisions, amenities were pretty scarce. When the developer of the Mooreland Farms community in Henrico County built a swimming pool for the subdivision in 1952, for example, he was an amenities pioneer. A little more than 20 years later, it all changed.

Ten years later, it introduced Woodlake, another western Chesterfield County development “that set the standard with an extensive package of amenities located throughout the community,” said Cheryl Valenti, a real estate agent with Legacy Properties.

Combining extensive amenities with a broad range of house prices and architectural styles is a hallmark of the planned communities that East West Communities has developed, said Franny Powell, the company’s senior vice president.

“Our goal is to create a resort lifestyle for everyday living,” she said. “Preservation of the environment is a key corporate principle.”

The company also has developed Patriots Landing, Hampton Park and River’s Bend in the Greater Richmond area. Its newest project is Hallsley in Chesterfield.

Today, amenities for the 1,353-acre Woodlake community, which is located on the Swift Creek Reservoir, include 16 tennis courts, one indoor and two outdoor pools, a waterfront pavilion and nearly 14 miles of walking and bike trails.

“Many students walk to school on the trails,” said Julie Joyner, community manager for the Woodlake Community Association.

The association, which has 75 employees, also hosts holiday parties at the waterfront pavilion and seasonal Friday Cheers parties at the community’s Swim and Racquet Club, as well as other social events throughout the year.

The result is a residential community that has a distinctive resort-like quality, Joyner said. Perhaps as importantly, she added, the amenities help to “create the opportunities for people to come together and build relationships and a sense of community.”

While East West Communities acted as Woodlake’s developer, installing its roads, infrastructure and amenities, as many as 15 builders worked on the houses there, including Tomac, D. O. Allen and Parker & Lancaster.

Construction began in the mid-1980s and continued into the early 2000s.

Currently, the development has 2,764 residential units, ranging from single-family and condominium to townhome and multi-family. Four homesites and one commercial parcel remain undeveloped, Joyner said.

Architectural styles range widely throughout Woodlake’s 54 neighborhoods. Some of the neighborhoods feature one-story homes that sit on narrow lots and offer Florida-style front patios, for example, while others sport Contemporary-style homes and two-story Colonials with traditional detailing.

“The big differentiator in Woodlake is that the architectural guidelines require that each property be unique from the next so there is much less of a ‘cookie cutter’ appearance in the neighborhoods,” Joyner said.

Long-term loyalty to the community is strong, which is reflected in how many homeowners “move in as young couples and then move onto larger houses in Woodlake as their family grows, and then move back to a smaller home in Woodlake when they become empty-nesters and retirees,” Joyner said.

Homebuyers new to the development find its location attractive, too.

“The community has top-rated public schools nearby, and it’s very convenient to numerous shopping centers, restaurants and golf courses, as well as a bowling alley, a multiplex movie theater and the Metro Richmond Zoo,” Valenti said. “The Children’s Museum also has a location just up the street.”

Ultimately, though, many homebuyers are swayed by the quality of life that Woodlake’s amenities and architecture offer.

“Woodlake really does have a resort feeling to it, especially in the waterfront neighborhoods where residents can enjoy beautiful water views, gorgeous sunrises and sunsets and fishing off the docks,” Valenti said.