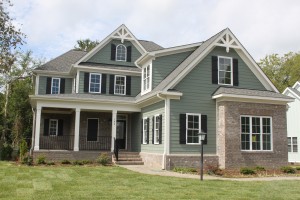 There is a growing belief among many experts that 2012 will be the year housing turns the corner and starts heading in a more positive direction. Whenever we write a post like this, we unleash the hordes of critics who say we are again wearing rose colored glasses or are puppets being controlled by the National Association of Realtors (NAR) and other industry groups.

It is for that reason we will not be covering the projections of those groups. Instead, we want to share the beliefs of other organizations.

“From Bottom Up, Signs of Housing Recovery”

“CoreLogic’s chief economist Mark Fleming says housing statistics and the duration of the downturn to date indicate 2012 may be the year the housing market begins to turn the corner.”

“With the New Year comes a sense of cautious optimism. There are some positive signs in the job market and consumer confidence; housing is starting to raise hopes for continued gradual economic recovery.”

“The housing sector will likely take incremental steps forward in 2012 …according to economists at Fannie Mae.”